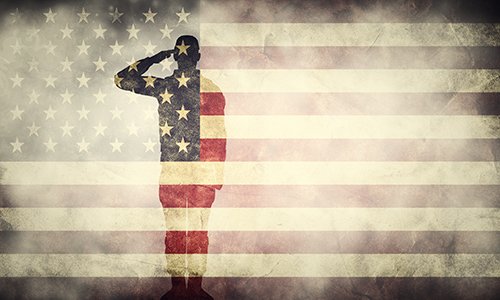 A quiet war on the homefront is being waged against U.S. military members, veterans and their families, targeting their bank accounts, credit histories, and identities.

A Federal Trade Commission study found that military consumers reported identity theft at twice the rate of the general public. In retaliation, experts are urging military members and their families to adopt both a stealthy defense and firm offense against identity thieves.

A war for numbers

Above all, ID thieves covet Social Security numbers. With them, “they have the keys to the kingdom,” says Scott Higgins, a Vietnam veteran and CEO of Veterans Advantage, a company that partners with corporations to provide military members with preferred pricing on goods and services.

Until recently, all military IDs were tied to SSNs and were relatively easy to for a thief to obtain. In contrast to the general population, which is taught to be intensely protective of personal and financial identity, military personnel are accustomed to providing their identity frequently and on demand.

“Our SSN was our name, our identifier, and we’d give it out like it was nothing,” says Jeff Rose, financial planner and author of “Soldier of Finance,” who also served nine years in the Army National Guard. “It was no big deal.”

Except that is a big deal. Because when stolen, thieves with SSNs can quickly open accounts such as credit cards and loans in the serviceperson’s name. “They run them up, don’t pay the bill, and the debt ends up on the victim’s TransUnion, Experian and Equifax reports,” says security expert Robert Siciliano. “That’s when the person’s credit is damaged.”

To curb such crimes against military personnel, the Department of Defense has started to replace identification cards that displayed SSNs with new ones bearing a unique DOD number instead.

The problem, however, is not all the cards have been replaced and won’t be for another few years. The DOD maintains that it will take four years for the transition — which began in 2011 — to be completed. With nearly 1.5 million Americans currently on active duty and just over 21 million veterans plus spouses and children who use military identification, that leaves millions of the old military IDs in rotation.

Additionally, while Veterans Identification Cards (VICs) are no longer being issued with SSNs displayed, those numbers are still embedded in the magnetic stripe. According to the Veteran Administration’s Boston office, “Bar code readers, including those available as applications on cellphones, can scan the bar code on the front of the card, and reveal the Veteran’s Social Security number.” A multiyear phase-out of those cards began in 2012.

Therefore, a significant pool of potential victims remains. The situation is poised to worsen, too, contends Higgins: With troops withdrawn from Iraq and leaving Afghanistan, “we believe there will be an increase in ID theft.”

Thieves employ several methods with which to rob service members and their relatives of their identities. One is to lure them into retail establishments with promises of deep military discounts. Disreputable employees request the person’s government ID and then make a copy or write down the numbers. If it still has the SSN printed on the card, they’ll either sell it to a ring of criminals or use the numbers themselves.

Online shopping is becoming especially problematic. “Recently there has been a proliferation of Internet startups that directly advertise military discounts for veterans,” says Higgins. “Most are, in reality, data grabs.” Such companies set up false retail websites, advertise directly to the military and instruct the service members to type in their military ID number in order to receive the deal. If the ID still reflects the service member’s SSN, at that point their identity is compromised, and new account fraud typically follows.

Identity theft crimes against the military population can go undetected for years. Holly Petraeus, assistant director of the Consumer Financial Protection Bureau’s Office of Servicemember Affairs, cites a typical service member’s existence: “Military personnel live a mobile lifestyle punctuated by combat deployments, and that makes it hard for them to keep a close eye on their finances — or to fix the fallout from an identity theft. They may not even realize their identity has been stolen for some time, giving the fraudster ample time to do significant damage.”

Credit destruction may impede a burgeoning military career. “The damage it can cause to a service member’s credit file can lead to the revocation of a security clearance,” says Petraeus. A credit report that’s riddled with unpaid debts calls the person’s loyalty into question. Proving innocence can be tough and time consuming.

The pain it causes the victim can be extreme. “Unless you’ve had your identity stolen, you don’t know how bad it is,” says Higgins. “It hurts your chance of getting a home or getting a loan for education. You can even be arrested a crime you didn’t commit.”

CLICK HERE TO GET A FREE CREDIT ANALYSIS NOW

To thwart thieves from striking, Higgins warns service members and their families to be on guard when asked to present their military IDs to retailers. Never provide your SSN or a card that has it listed, your birth date, mother’s maiden name or other highly sensitive personal information to obtain a merchant discount. Not only is it unnecessary, it’s considered an ‘overreaching data’ requirement.

“This is a reminder to check your credit report for fraud at least once a year,” says Rose. “It takes 15 minutes out of your day. If you’re on deployment or a mission where you won’t be available to check, have your spouse or a trusted loved one do it. The longer fraudulent activity goes on, the worse it is to get out.” Consumers can pull their credit reports from each of the big three credit bureaus for free once a year at AnnualCreditReport.com.

Place an “Active Duty Alert” on your credit file, too, suggests Rip Mason, CEO of LegalShield, a legal services and identity theft protection provider. It’s one of the most important things military personnel can do to protect their file. “The alert requires creditors to take steps to verify your identity before granting credit in your name,” says Mason. “It lasts for a year, but can be renewed. To do this, call the fraud department of one of the credit reporting companies. They must contact the other two for you.”

Siciliano encourages military members to go even further and lock down their credit files altogether. Contact the credit reporting bureaus and request a security freeze. After it’s in place, all access to the reports will be denied, thus preventing new loans or lines of credit from being granted without your express permission.

Service members might want to also invest in a reputable ID theft protection program, says Siciliano. These companies monitor credit reports for illegal activity, and if there is a strike, they’ll take action. “Hire a professional company. It’s faster and more efficient than doing it yourself. Undoing damage can take an hour or 600 hours or anything in between. It’s an insurance policy.”

In the end, though, says Higgins, protecting your identity and credit is your responsibility and your best arsenal against attack: “This is a message to everyone, including civilians. You don’t need to give your SSN out, and usually shouldn’t. Be careful and cautious.”

Our company’s focus is singularly on financial wellness through sound [biblical] financial principles.

Our program is faith-based but is open to anyone and we do not discriminate services based on race, religion, color, gender, age, nationality, disability, marital status, or military status and any of its activities or operations.

If you want to receive valuable financial tips via email, enter your name and email here. You won't regret it!